The game Westworld has disappeared from App Store and Google Play app stores after Bethesda accused Warner Bros. of plagiarism last June. A few days after appearing in the app stores, the first said that the game Westworld was a glaring copy of the game Fallout Shelter of the 2015 .

Both games had been developed by Behavior Interactive and shared many similarities , including a bug that was in the first version of Fallout Shelter, which led to the lawsuit that, in early January, seemed to have been resolved amicably.

The battle began seven months ago when Bethesda accused the game developer Behavior Interactive of breach of contract, copyright infringement, unfair competition and misappropriation of commercial rights for working on both Fallout Shelter and Westworld.

It seemed that everything had been resolved in a good way , or at least that was the way both companies did, when in early 2019 they published a statement announcing the “friendly” resolution of the lawsuit. . The truth is that in the original lawsuit Bethesda called for the elimination of the game from the distribution chain.

And it seems that that agreement between the two companies included that request, since Westworld’s Twitter account announced the elimination of the game from the App Store and Google Play on January 15, which means that players will no longer be able to make purchases. inside the app .

Players who have already downloaded it will be able to continue playing, although it will be permanently closed on April 16. . Therefore, the developers have already warned players to spend any currency in the game before that date. 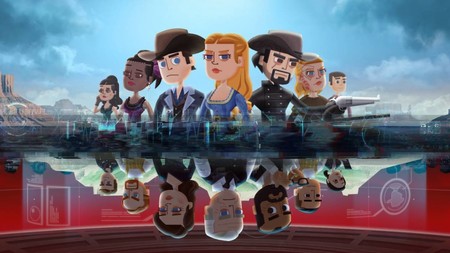 The truth is that Westworld and Fallout Shelter had many similarities . Bethesda already announced it in its lawsuit against Westworld: “it has a game design, artistic style, animations, functions and other elements of the same or very similar games”. The basis: in both, the player has to manage a colony and seek the happiness of the people who pass through it.

The character is key in both , since he must grow the place and work so that those people reach their goal. Also the graphic aspect is similar between both. So much so that while the terrain is seen with depth, the characters appear in two dimensions in Westworld and Fallout Shelter.

The similarity is such that both games not only shared good things, but also the same mistakes . According to Bethesda, Behavior would have used “the same copyrighted code of Fallout Shelter in Westworld” causing an obvious bug of the first version of Fallout Shelter to also be in Westword.